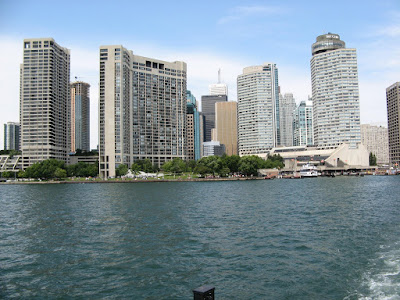 Gratuitous Ferry-Leaving-Dock Shot
Now that the strike is over we can again hop onto the Island ferries and visit what one could describe as Toronto's Golden Gate or Central Park...the Toronto Islands. They are beautiful and, seemingly, no matter how large the hoards of people get that visit them, the islands are serene and relaxing. And we haven't been able to visit them for, I believe about forty days, because of the city worker union strike. Summer isn't all that long here in Ontario and I am certain many of us are glad to again have the ability to enjoy one of the city's most wonderful places while the warm seasonal temperatures remain. I know I am. Our plan, like many of the other folk-an afternoon picnic and pleasant several kilometer walk with friends. We all look a bit surly in the photos. Not quite sure how I managed to digitally capture such consistently negative facial expressions, but I was assured by one of the gang-the lad directly below-that we all did, indeed, have a good time. 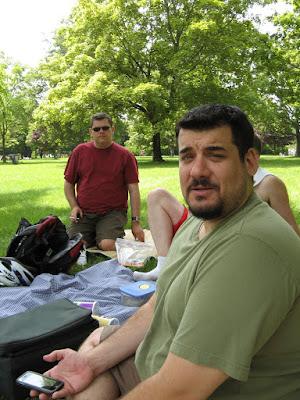 One might imagine that I suggested to all they look as unhappy as possible for the photos. Not the case... 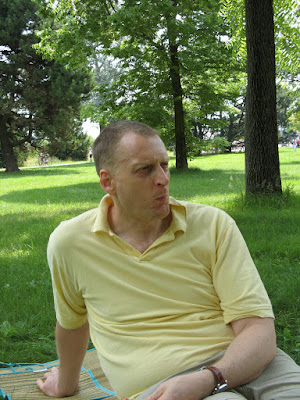 ...we're about to eat. We should be smiling, right? 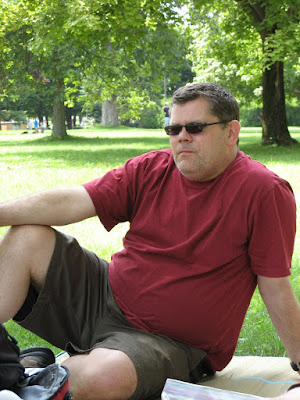 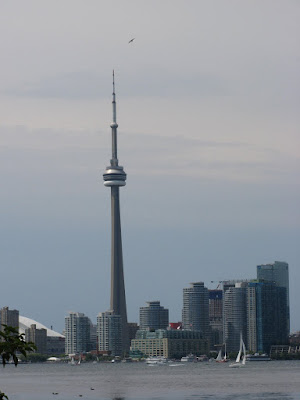 I've been told it's all about the bird. It's there-click on the pic. 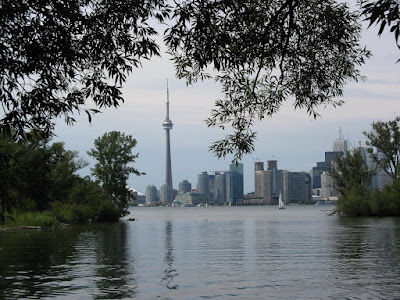 Ah, the many ubiquitous angles from which one can photograph the city of Toronto. 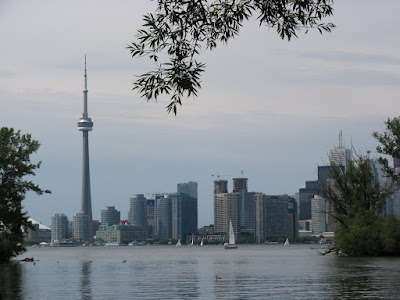 My promise to myself; take no pictures of Toronto next time. Here I was standing on the shore near the ferry dock on Ward's Island. I turned around and, in contrast to the city, there lie one of the very cozy, very "New England-esque," "Cottage Communities" of the T.O. islands. 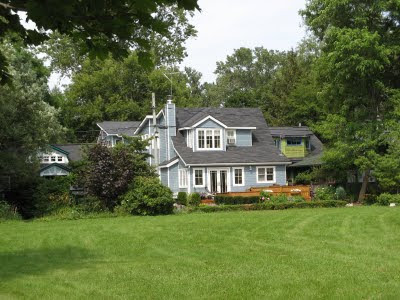 I had never been...so a couple of us took a stroll. 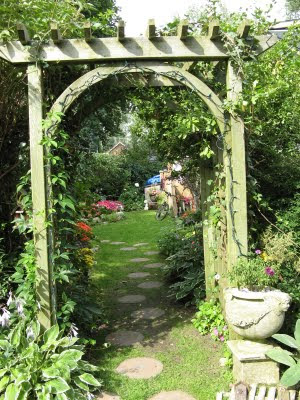 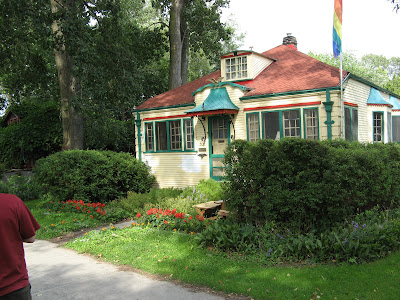 Some "cottages" were shacks while others were grand homes. A bit too nestled together for my taste considering the hundreds of tourists walking amongst them on the concrete paths used for streets. Except for public services, no cars allowed on the islands. In my opinion, the least tranquil place on the islands. 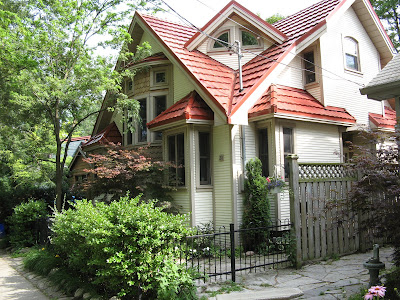 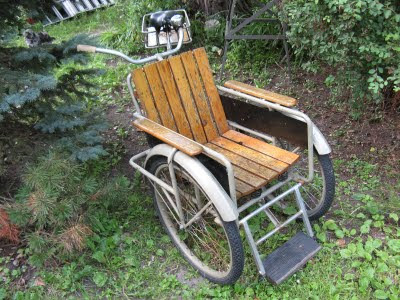 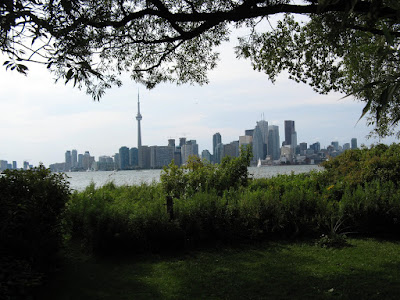 A view from one of the cottages. And, below, a different kind of view of two of my buddies. They had a good time and are smiling-I assure you. 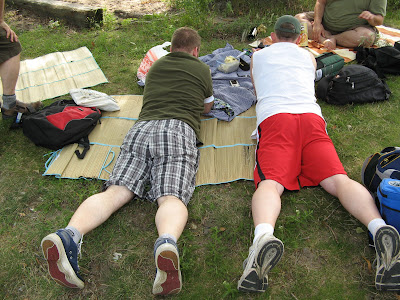 One last note. I know that Blogger is "free," but photo uploading is the worst. Considering they use Picassa Web Albums or whateveritiscalled, shouldn't it be a bit more user friendly? I'm just sayin'.
Posted by Adam at 9:20 PM

I never get sick of the view... you are lucky to have Toronto island!

People live on the islands? They commute to TO by ferry, is that how it works?

Yes. All the "cottages" are on one end of the largest of the islands. One of the three ferry terminals is located there. There have been many thwarted attempts to connect the islands by a bridge or tunnel. Cottages are owned on leased land.