Belated Notes on the Holidays

The holiday season wouldn't be complete without a visit to or from the family. This year I decided that a trip down to Long Island was needed. While we lived in San Francisco, Eric and I were both lucky enough to have family live nearby. This is something I am truly missing here in Toronto. Despite having no relatives here in T.O., we are now within driving distance of both my father, who lives on Long Island, NY, and my mother who lives in Pittsburgh, PA. A very exciting prospect not having to plan or jump on a plane to make a visit. Toronto, like San Francisco, is also a city family and friends seem to want to experience, so Eric and I have high guest room occupancy expectations. Indeed, we have already been hosts. 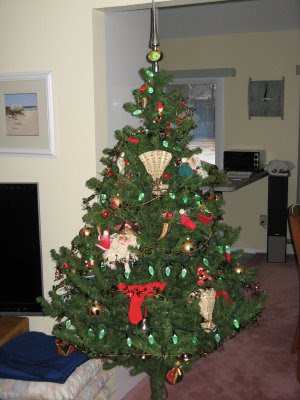 Now, one of the joys of living in California is that everyone you know wants to visit. Let me translate; guest rooms get a work out. California is beautiful and, compared to much of the country, the weather is gorgeous most of the year. With both my brother and his family and myself living in the bay area, I saw my parents visiting regularly from the east coast. Much of the time there was a extra bedroom for them in both San Francisco and Berkeley. It's good to have options, eh? In any case, because I saw them so much in California, I hadn't visited them in NY or PA in five or six years. My bad. 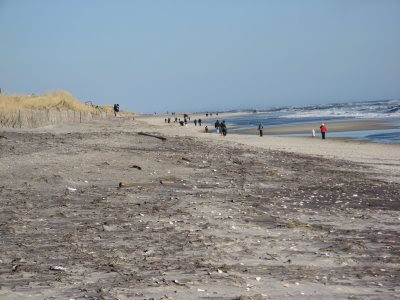 As I mentioned, the upside of moving to T.O. is that we are now within driving distance of both my parents as well as several good friends in New England. On that note, I decided a trip to my father's house on Long Island was long over due...so, Eric and I hopped in the car, made the drive and spent a couple of days over Christmas with my Dad. 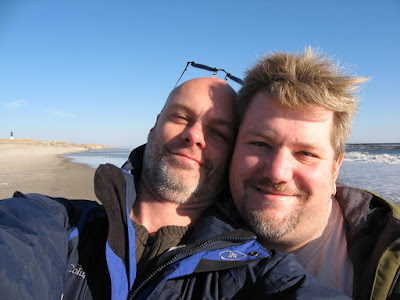 It is approximately nine hours to drive to the island from T.O. The trip is several hours longer than flying to NY from San Francisco. I would still rather drive. Both have hassles but I think I'd still rather travel by car than fly. Crossing the border can be a trying with long queues and surly agents asking questions. I don't expect our car will ever be searched - but it could happen. And navigating through New York City and it's traffic is nothing short of a test of patience. Gods forbid one has to face holiday or rush hour traffic or a traffic accident. Any one or combination can add hours to your trip. 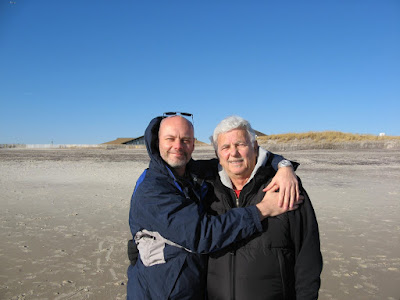 A nine hour road trip is easily manageable with two drivers. Our travels were uneventful despite holiday traffic in New York City.  We spent three full days with my father who was a great host. Fortunately, my youngest brother, Christopher, was in town and we were also able to spend some time with him. I took his picture but the image was unfocused, probably because I shook the camera...so no pictures of Chris - this time. 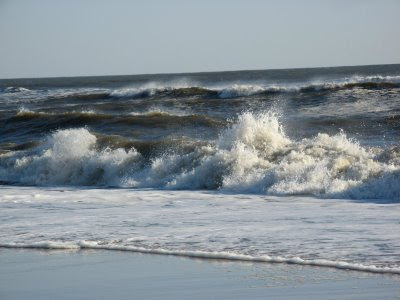 The weather was great - seemingly warm and balmy compared to that of Toronto. It was still cold, though, and to get out of the house and show Eric, who had never been on L.I., something of the scenery, we all drove a short distance to one of the great beaches on the south shore - to Robert Moses State park. Time was limited, and, again, it was cold, so, aside from going out to dinner, this was the only excursion. 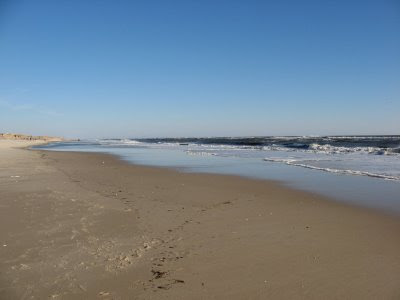 An enjoyable trip. We returned to Toronto just before New Years so we could host my friends from Providence, RI, John and his husband, Steven. I think they were the only ones taking pictures during their visit. So, again, no pictures. Alas. They are great friends and, in warmer weather, we'd find some mischief to get into, but, thankfully, we are also all quite content just sitting around in a (warm) room with each other just being. That we got plenty of - but when extra social stimulation beckoned, we did some bar hopping in the Church/Wellesley "gay village" here in T.O. as well as traipsing around the Royal Ontario Museum. Perhaps the highlight of their visit was bringing them to a New Year Party some Toronto friends of ours threw. 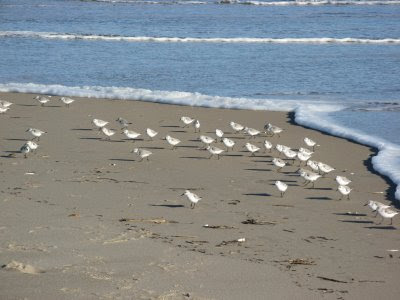 To come full-circle and wrap it all up, being able to jump in our car for a last minute weekend holiday to see friends and family in Boston, Providence, Pittsburgh, NYC, Long Island or wherever is a wonderful benefit to moving to Toronto. Eric and I are looking forward to some "easier" traveling to be with our loved ones.
Posted by Adam at 12:48 PM

Terrific - thanks for the photos!

We're headed to NYC in April and, even though it's a long drive, we're still thrilled to be able to get there in one long day (if we choose) by car!

Great pics and sounds like you had some wonderful, memorable holiday times.

The trouble we have with now living on the west coast is that all our friends and family are in the Midwest US, not exactly an easy car trip for us. I envy your location and being able to reach so many with relative ease. I guess we'll have to settle for flying, unless we plan a 3 weeks excursion!

Thanks for the Toronto reinforcements.

That is our location of choice for some of the same reasons - friends & family in NYC and on Long Island are closer than you think!