Eric, our friend Dan and I took one of the harbour ferries to the Toronto Islands on Sunday. We weren't expecting to be so impressed with the experience. The park and the islands were incredibly green and clean. As always, click on a pic for a larger more detailed viewing. 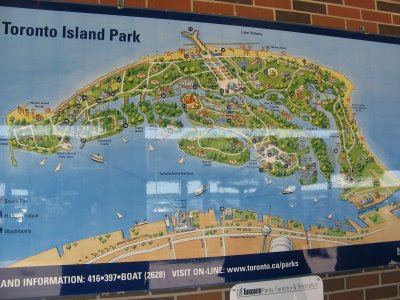 There are several different beaches-all a bit different from one another. While there seemed to be an overwhelming number of people spending their day on the islands-just like us, the overall atmosphere was pleasant and serene. The park was very clean with one exception-the beach. We stopped and sat for a long moment on Hanlan's Point Beach-which is officially clothing optional. 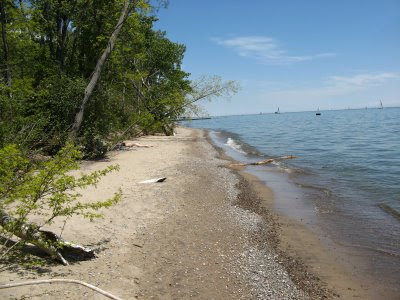 Gibralter Beach.
Unfortunately, the sand at Hanlan's Beach was the dirtiest part of the park. I am not a fan of smoking, and, unfortunately there were cigarette butts and the like in the sand. Disgraceful. Butts should be viewed as littering as anything else. And fines handed out. The beach was still quite lovely, despite the nasty smokers and their discarded garbage. No pictures of Hanlan's because almost all around me were nude. Above is Gibralter Beach. 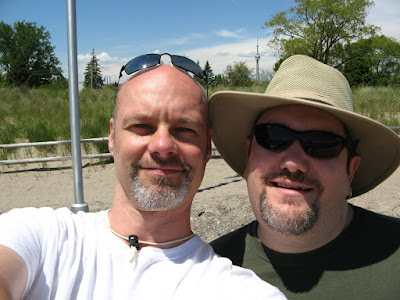 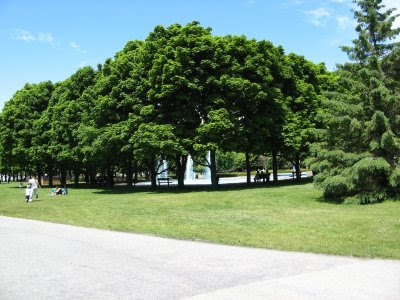 Central Plaza (not sure what it's really called) 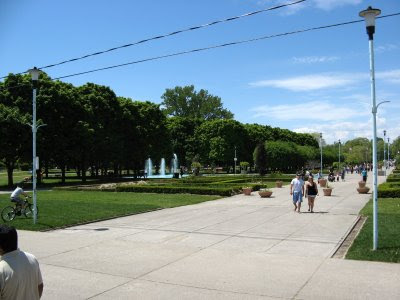 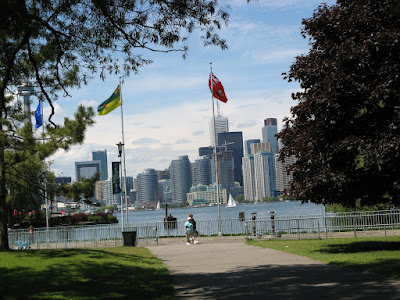 Near ferry terminal on Centre Island. 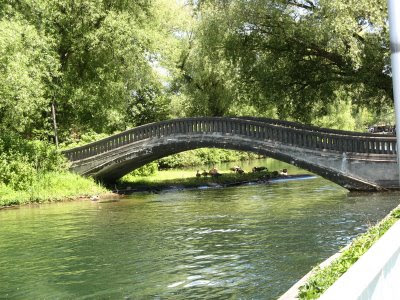 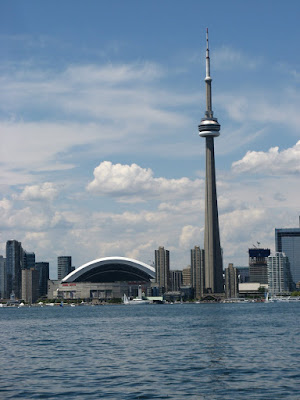 Views of T.O. from Olympic Island. 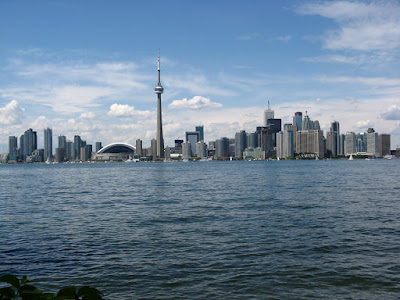 We left the Islands incredibly impressed with Toronto. The Islands are an amazing resource. A treasure of a destination-an easy place to spend the day. There seemed to be a nook or cranny, a comfortable spot for everyone-serene and pleasant. Historically and recently there has been talk of building a bridge or tunnel from mainland T.O. to the Islands. Big mistake. I hope they never do it. Keep them just out of reach. Make the park just that more special by having to take a "ride" to get there. I look forward to returning in the near future.
Posted by Adam at 10:16 PM

Love the photos!!! If/when we all visit TO, we'll have to check it out.

Looks like the weather was a whole lot better when you visited the islands than when we were in Toronto a couple of weeks ago. We never even got to see the top of the CN tower, as it was so rainy/foggy.

You guys look so happy!

I love Toronto Island. It's such a quiet and sheltered place, close to the big Toronto...

@Bob-Alas the bad weather. Too bad I wasn't helping out at the Gelato store the day you guys visited. Alas again...

I thought I learned that lesson said...

Very beautiful- I have never been there for all the time I visited Toronto in the past.