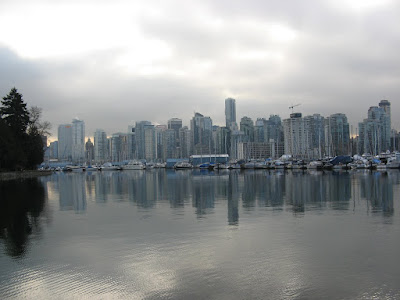 Looking East-ish out over Coal Harbour from Stanley Park. 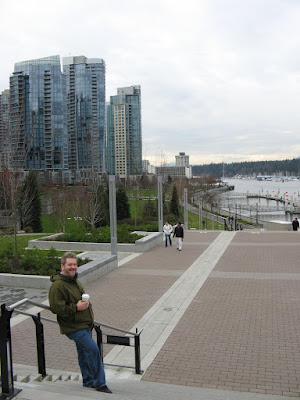 Vancouver is a highly walkable city. There is a public walk along the water around almost the entire downtown peninsula including Stanley Park. 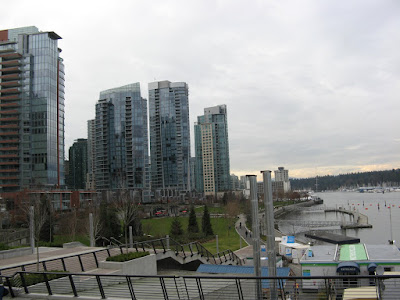 This view is looking West toward Coal Harbour and Stanley Park from Canada Place. Canada Place was closed-blocked off from the public because of the Olympic games. 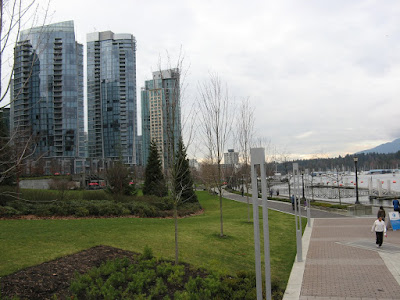 Moving west along the Burrard Inlet shore of the city toward Coal Harbour. 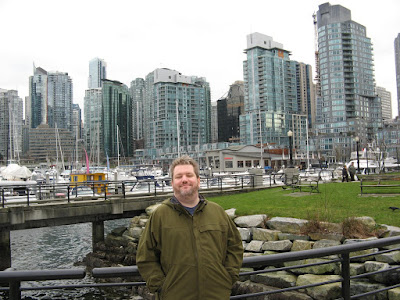 Eric and the Marina at Coal Harbour. 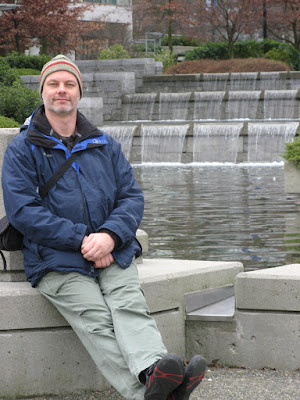 One of the many water features outside the buildings in Vancouver. 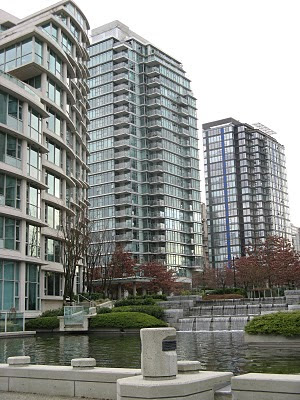 I like the reflection of the skyline in the first picture!

I'd love to live in a more walkable city. Toronto isn't too bad but Ottawa is very spread out and only the very center is okay to walk around.

For sure... But it's only realistic if you have a very high paying job! (or inherit a ton of money!)