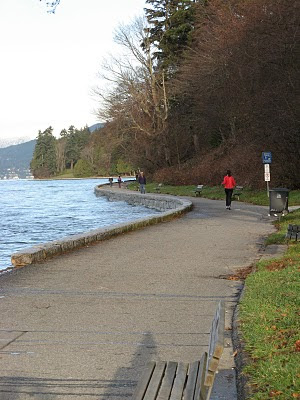 More pictures of my first morning in Vancouver, BC. My coffee in-hand, I strolled up the False Creek/English Bay Beach toward Stanley Park at approximately 7:30ish A.M. There's a public walk all the way around the downtown/Stanley Park/Coal Harbour Peninsula including a couple of beaches and a public pool. 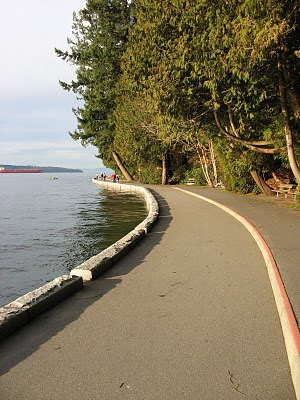 The infamous Seawall was built almost completely around the peninsula completely accessable to the public for walking, jogging, biking, blading, etc. 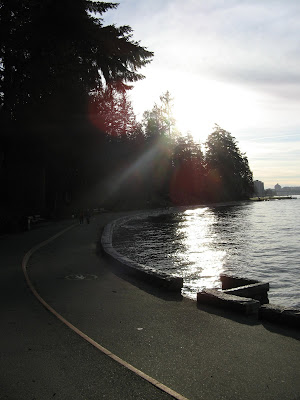 I had an absolutely amazing first morning. I began my walk along English Bay at, I believe, Thurlow St., and continued my journey to complete about a quarter of the Seawall along Stanley Park. 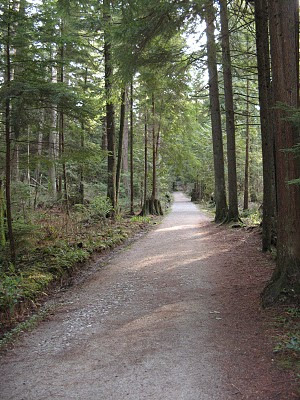 I then cut up a flight of stone steps and cut diagonally back to the Lost Lagoon along two of the paths in the urban Forest known as Stanley Park. I couldn't get a decent picture, but just about at the spot of the picture above, there were two Bald Eagles in a dead tree above me. 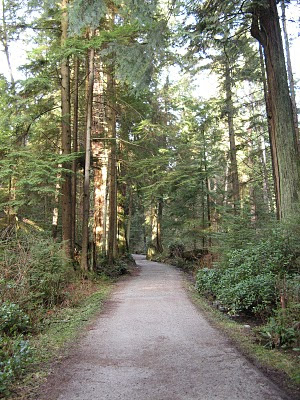 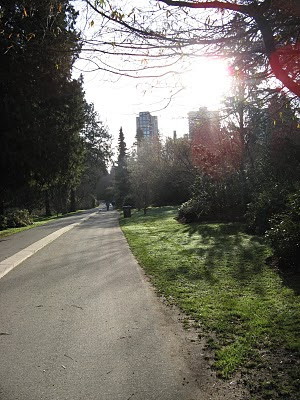 On the way to Lost Lagoon and then down Georgia St. back to the Fairmont to meet up with Eric-post his business meeting. We visited another part of Stanley Park together later in the week.
Posted by Adam at 8:07 PM

It's still so green! It reminds me a bit of the area by the Parliament in Ottawa.